Book Doppelganger:
The Horrifying Discovery That Your Book Already Exists

This Saturday, at approximately 7:23pm, a dream of mine was officially, irrevocably, and absolutely shattered: I discovered that that book I wrote already exists.


But my story doesn't start here. It starts in November of 2005.
I was a senior at The Rhode Island School of Design working on my final project in my children's book writing course. The task was to take four weeks to write an original story, layout the book dummy, and illustrate one or two final spreads from the story, all of which culminated in a final presentation to a panel of special guests from the publishing industry (our teacher was a children's agent from Boston so she used her connections to wrangle in a few notable people). It was an extremely important event in my life at that time, especially as former students had gotten book deals resulting from this particular class. A true optimist, I hoped with all my heart that my own book might make be selected and eventually published.

Having only about one month from start to finish, and many other classes to contend with, my manuscript was certainly no polished masterpiece. But for what it was, it was very special to me and very well received by my classmates and the panel of publishing insiders. I was given extremely encouraging feedback from the final critique and I left ELATED that my book had potential and that one day, after graduating, maybe I could really develop it into something worthy of the bookshelf.

Since then, I have picked up my manuscript from time to time and made some tweaks, but I always felt it could be better. I figured that when the time was right I would really take it seriously and do something with it. I was very confident that somehow, somewhere, sometime, it could realistically be published. I believed in it just enough to imagine that reality, but not enough to dedicate myself to it over the past 5 years.

Flash to May of 2009.
Reluctantly, I decided it was time to dust off my manuscript and take advantage of the fact that my contract with Abrams for Ballots For Belva REQUIRED me to submit any future manuscripts I might write to them before I could shop them around to other publishers. In an industry rife with anti-unsolicited submissions policies, it was too good an invitation NOT to at least try and get some feedback. So I sent it to my editor there and eagerly awaited a response. Something. Anything that might validate its potential. I didn't care if they published it, I just needed to know I wasn't crazy for thinking it was good. (Which I rarely feel towards my own work anyway).
A while later, I finally heard back from my editor, who had this to say about it:

"Thanks so much for your patience as we take a closer look at your manuscript. I thought it was a very clever concept, and your writing is lovely. I like books with a little bit of a secret, and this one definitely delivers on those secrets. And as always we love your art — these pieces have especially great details. In the end, though, I think the concept is not quite right for us. It’s on the esoteric side, which is not necessarily a bad thing, but just means it’s a little harder to grasp the central hook right away. We’d love to see something else from you, though, and to hopefully be able to work with you again in the future. We love your work!

You are free to submit this around elsewhere, and I really hope you’ll consider us again for your next idea, whatever that may be. I’m always happy to read your manuscripts."

Well, that was definitely a welcome response. SO WHAT if it wasn't right for them?! It might be right for someone else. And if I cared about it enough, maybe, just maybe, it was something worth caring about.
Flash back to this Saturday, January 29, 2011, 7:23 pm.
I'm standing in the children's book section of The Strand in NYC (18 MILES OF BOOKS!). I'm surrounded by thousands of books, floor to ceiling--
I don't know if you are a believer in fate, but I sure am.
There were so many kids books you could easily spend days in the children's section alone. But I only had about 45 minutes to peruse, which makes my story even more serendipitous.
Of all the thousands of books I could have picked up, one instantly caught my eye. The cover looked interesting though it wasn't until I started reading that my jaw dropped. The moment I turned the pages I had a very tight, deeply knotted feeling in my stomach and knew that a small part of my life would never be the same.
This book was not just "similar" to the book I wrote while in school, it was almost the EXACT same concept from cover to cover. It was as if I had bumped into my own doppelganger, as if I was staring at a strangely distorted but uncannily identical version of myself. My face in a funhouse mirror.


It was published in 2009.
I was struck with the earth-shattering realization that not only had someone beaten me to my own idea, but that apparently this idea was not even ORIGINAL. No longer UNIQUE. No longer MINE.
It's a tough feeling to have. Even now I am still in a bit of a state of shock with how much it has rattled my cage. I've shown the book to my husband, my parents, my sisters--- all of their jaws have dropped at the stunningly sameness of our ideas.
So the question is, what do I do now? What is this all about?
First off, I am undoubtedly in a strange and unexpected state of mourning for my own pride in an idea. I think that's a natural and expected reaction. Part of me wants to cry, part of me feels violated. Part of me wants to curl up in a ball and shout IT'S IMPOSSIBLE TO BE ORIGINAL!!! I GIVE UP! And part of me worries that I'll never, ever, ever, ever, write my own book now.
So I let myself feel these things. But knowing that getting upset won't change anything, I pull myself back to rational thinking. And in doing so, I discover that I am actually extremely THANKFUL for this turn of events.
I am thankful because in some way, I am validated that everyone who ever told me that my book should be published was right. The concept WAS good enough. It was worthy to be brought into the world and it would engage children in every way that I hoped it would.
I am thankful that my doppelganger book was written so well, and that the illustrator did such a fantastic job. I am thankful that this concept was done right, even if I was not the one to do it.
I am thankful that I even found my doppelganger book. I am thankful that the universe knew I needed to find it. I am thankful that I found it before I poured my heart and soul into developing it anymore than I already have.
I am thankful that when I casually approached my editor at Abrams Books a few years ago with my manuscript, they passed on it.  I am thankful that I've sat on it ever since instead of trying to shop around a book that already exists. I am thankful that I will never be an accidental copycat.
I am thankful that I can move on from something that has been lurking in the back of my mind, haunting me with its promise and potential.
Amongst mixed emotions and knowing beyond a shadow of a doubt that there is no longer a place for this particular book in the publishing world now, I feel FREE. Free to start again. Free to find that story that can and WILL be all MINE.
Free to prove that I'm more than a one-trick pony. 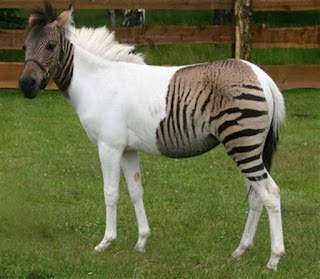