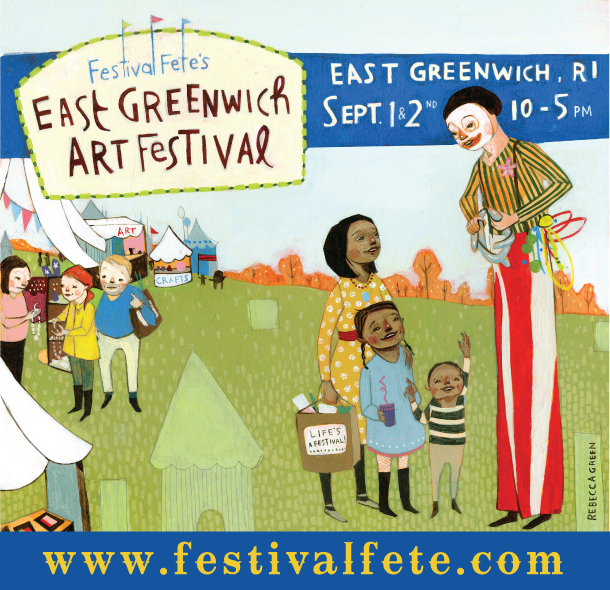 East Greenwich, RI will host the second annual East Greenwich Art Festival on September 1st and 2nd from 10am to 5pm at the new NE Tech campus located on Division Road in East Greenwich. The art festival will feature over 125 contemporary American art and crafts artists along with strolling entertainment including Rhode Island's Big Nazo. The festival will feature items big and small including jewelry, ceramics, paintings, sculpture, fiber and home accessories.
Click Here for more information on the event, including craft and food vendors and other fun activities! 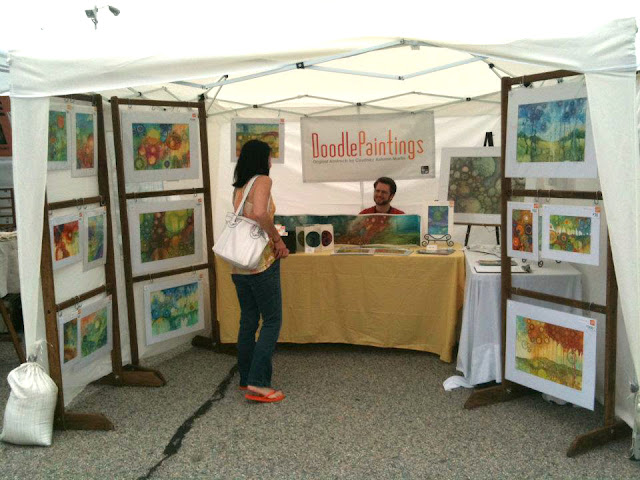 Come visit my booth and check out my new doodles, like this one: 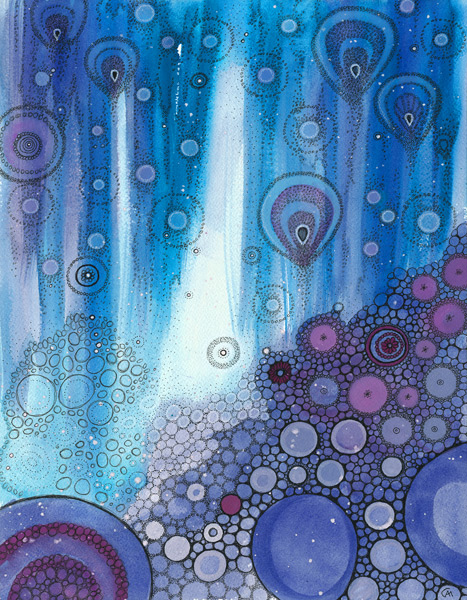 Posted by Courtney Autumn Martin at 11:37 AM 0 comments

SO last night I had the pleasure of attending the American Savings Foundation Scholars reception at the Aqua Turf in Plantsville, CT (holy fancy pants, Batman). As a former scholarship recipient, I was privileged to be there as one of three featured alumni now making a career in the arts. The other featured alumni were Angélica Huertas, marketing manager of Shakesperience Productions), and Christopher Weigel, vocalist and musician. Christopher brilliantly performed a classical operatic piece as well as a contemporary song of his own, while Angelica brought along the fun and laughter of Romeo and Juliet in 7 minutes, performed by just two actors. It was super funny and the audience enjoyed it immensely! A surprise appearance/brief speech by Senator Blumenthal made the evening even more special. (I especially respect him for his proactivity on the Lyme disease front). It was a beautiful reception and it was really lovely to see this foundation really take great pride and care in the students to whom they provide financial assistance. 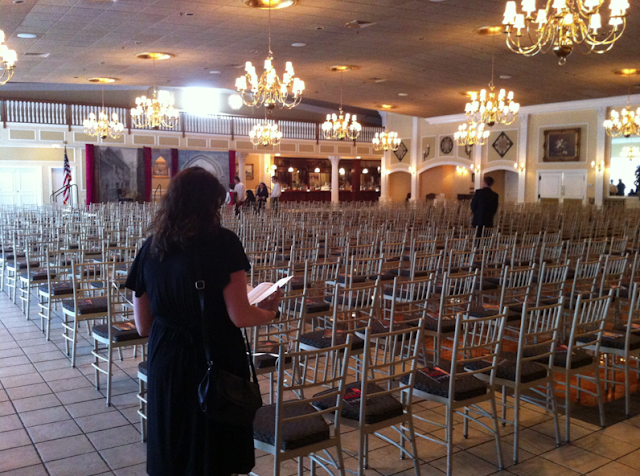 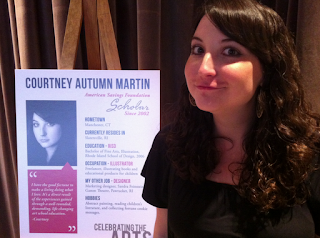 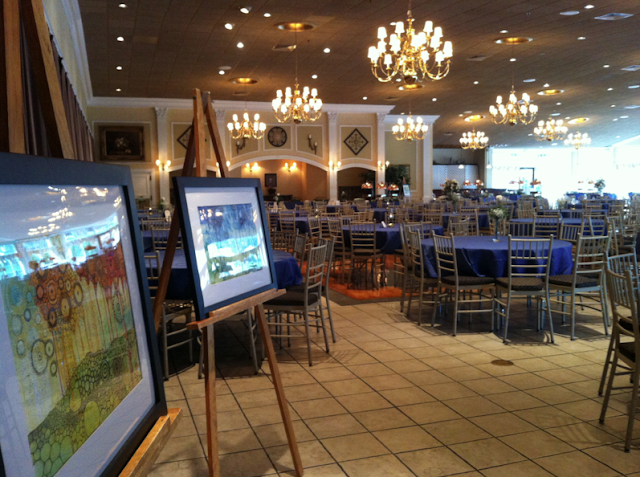 Even amongst the glowing chandeliers and grandness of the massive ballroom the Foundation managed to make it feel intimate, welcoming, and an important piece of the community.  Although I received their scholarship while at RISD, I never attended any receptions. My parents, not being much for social gatherings, sort of avoided these types of things whenever possible. Looking back, it's a shame we never went because it is a very generous thing to give the students and it's a proud night for the parents, too. Ah well, live and learn... 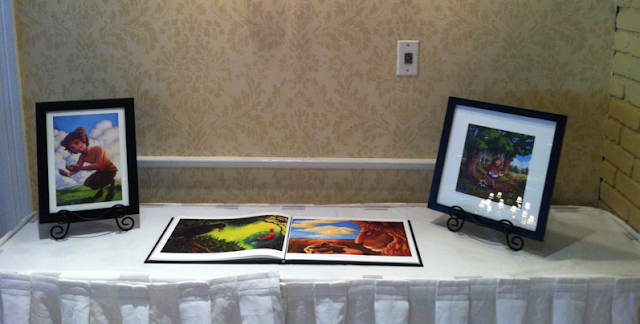 Anyway, my contribution to the event was 1: designing stuff (discussed below) and 2: displaying my artwork around the ballroom, including 9 or so doodlepaintings on easels and my illustration portfolio. Knowing that I am not at all of the public speaking sort, I did not give a speech (thankfully!). But sometimes its nice just to let the artwork speak for itself. At the end of the reception, a group of young girls came over to talk to me about my artwork (I guess they liked what they saw :) and I got to answer some of their questions (including the ever-present kid question "Did you really draw these!?!"). I really like talking to kids because, well, I was one once! And if I had known at age 10 that in 18 years I would be making a successful life for myself as an artist, I would have been beside myself with excitement. It's very important to me that young people are exposed and introduced to the possibility that they, too, can pursue a career in whatever makes them happy. 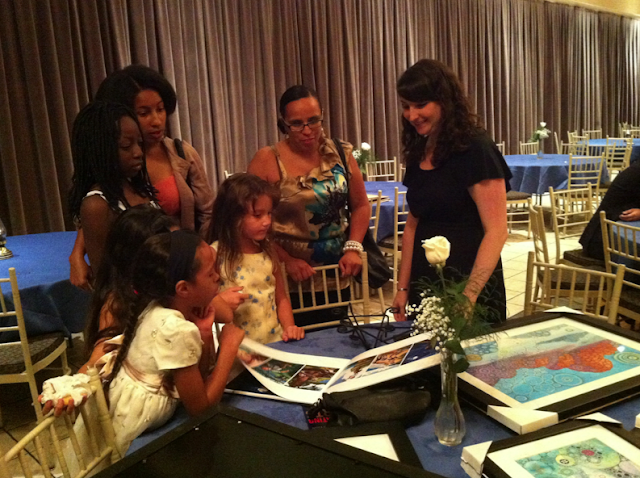 Over the past couple of months I had been working with ASF's COO Maria Falvo to create the event's invitation, program, and alumni scholar posters (shown below). I very much enjoyed the chance to design on the side, and working with an organized professional like Maria made my job exceedingly easier! It was also a lot of fun for me to be able to just jump in and design the look and feel of the event from scratch while drawing on the colors of their logo and the feel of their organization.

The more I dabble in design, the more respect I have for it. Yes, anyone can assemble a simple document in Microsoft Word and have it serve its purpose in communicating information. But when something is designed,  it becomes more powerful---it inherently takes on life as a considered thing and is imbued with a greater sense of importance. When something looks professional, our subconscious tells us that it is looking at something worthy of respect. Designing something is a visual way of saying "I care about this, thus this is something worth caring about."

Design has the power to transform basic communication into an aesthetically pleasing experience, crafted with the specific intent to impact your subconscious. Yes, I want to make things that look nice, but most importantly I see it as the designer's privilege to make something out of what could otherwise be nothing. Branding an event is creating an event. Design gives life and personality to whatever it is applied to. It's magical to me that colors, fonts/type, and other visual cues can come together not only to communicate necessary information clearly, but to provide an experience for the psyche itself. What would a Happy Meal be without the package? Just a tiny hamburger and a cheap toy that no one wants.

I hope to be able to work with Maria again for other needs the ASF may have, whether it's a future reception or something else. Working at the Gamm Theatre has been strengthening and broadening my skills and I'd welcome the opportunity to freelance design more often.

In preparation for two big upcoming craft shows, I've been doodling up a storm and matting and framing. The East Greenich Art Festival is September 1 & 2, and the Scituate Art Festival is October 6,7, & 8.

This is my first time at both festivals and I'm really hoping I can transform all this painting and work into some extra income. This will also be the first time I've included frames for some of the paintings so I'll be curious to know if that helps or hinders sales. 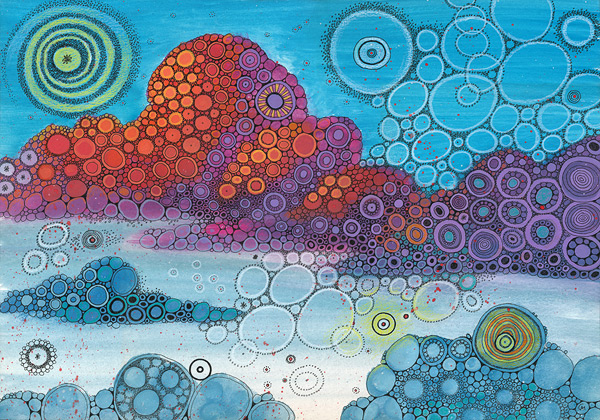 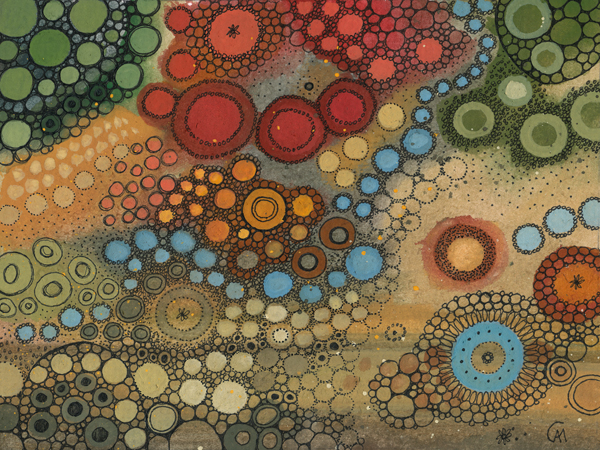 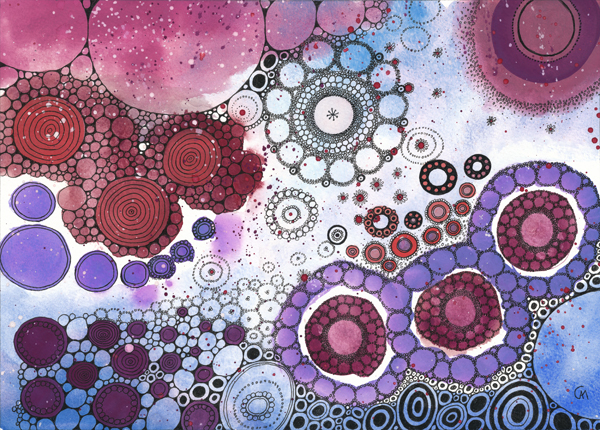 Posted by Courtney Autumn Martin at 11:37 AM 0 comments