Here are some little bits scanned from my sketchbook, most I tweaked in Photoshop. They aren't very new, but I wanted to post something.... anything really. I feel stale so I'm attempting to motivate myself by using this blog to post ideas and sketches and finished work as much as possible. I don't know what (if anything) will come of these, but there you have it.

This is my Thumbelina as directly inspired by an illustration by David Johnson. 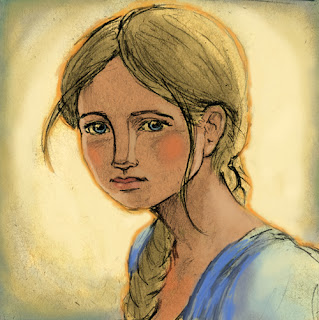 This was a character sketch of Oliver Twist. I'm currently working on an actual painted version of this. It's not an illustration so much as it is practice on my stylization. I'll post that painting as soon as it's done. Maybe tonight even. 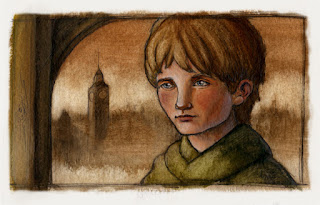 Just a girl in a field with some dark figures surrounding her....don't really know where this was headed. 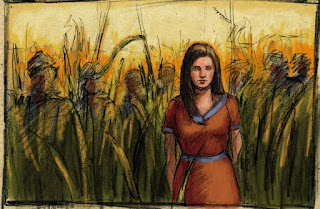 Here we have a little piggy ala Wilbur, but that's just a coincidence. I like piglets is all. I started a painted version of this but hated it so I will probably retry it someday. 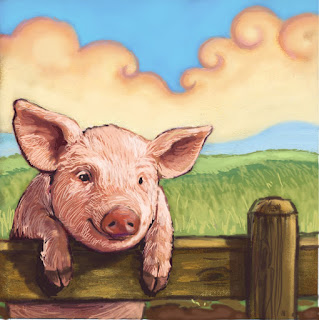 Some character studies I did for Pinocchio... 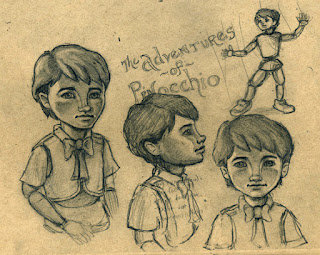 This is a sketch for a spot illustration for Pinocchio. 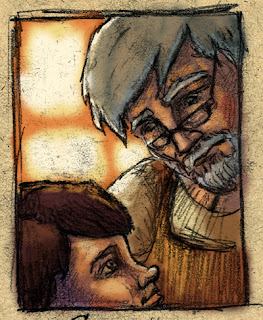 Um, I guess this would be a knight and white horse near a pretty tree with a castle in the distance...I find this really boring, actually...
It needs some spice. Plus I think the colors are too cheery for the mood I originally wanted to give it. 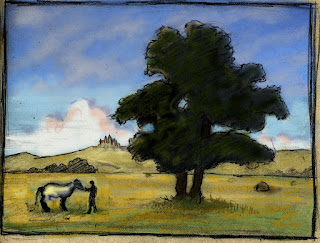 I wanted to do this piece to continue exploring the theme of humanized animals and parental bonds, but I thought it wasn't really presenting much more than a cute-ified Corbis photo, so I put it on hold. 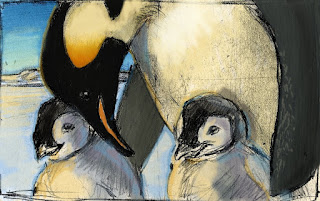 I guess this is my try at a cool old sea captain, but the picture isn't very narrative and he kind of looks like my dad, so I've not pursued this any further yet. 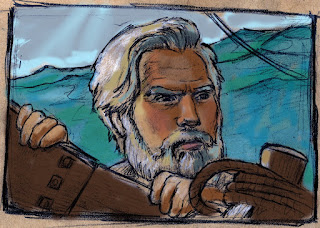