I've begun on a new illustration to be included in my agent's promotional booklet for the fall. For a long while I'd been at a loss as to what to do for this one. People frequently ask artists where they get their ideas, and in general it is not always easy to trace the genesis of a concept. Yet in this rare instance there is a definite point of origin for this: my bathroom.

Hanging on the wall above my bathtub is a print of a Maxfield Parrish painting and yesterday I found myself half-looking at "Morning" and a thought occurred to me: What if the figure leisurely sitting on the rocks was sitting on Martian rocks?

From there the idea interwove with two characters from a sci-fi story idea I have been working on for a while. That story idea is not set on Mars, but referencing them helped me populate my illustration with characters who I can already picture and who I know have a certain relationship. From there, I found references of two other Parrish paintings and combined them to create my final composition.

For this promo piece, I wanted to deliberately do three things: create an image with the feel of a book cover, use slightly older characters than I usually do, and use more than one figure (I tend to do single figures a lot). I'm now super excited to complete it, as I feel it represents a lot of what I like to illustrate. 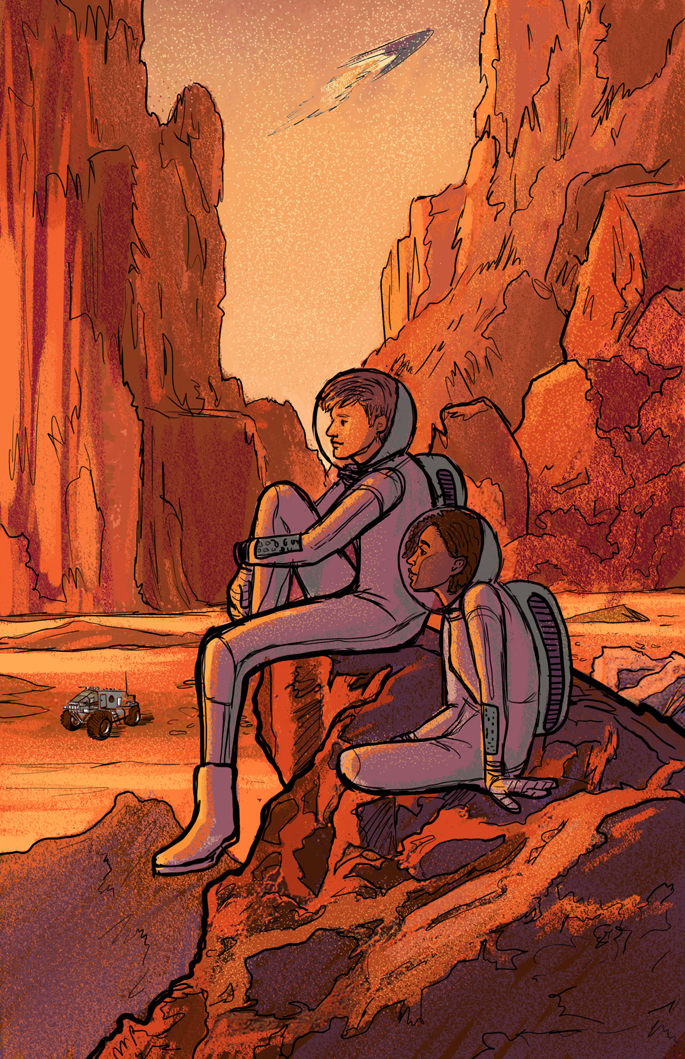